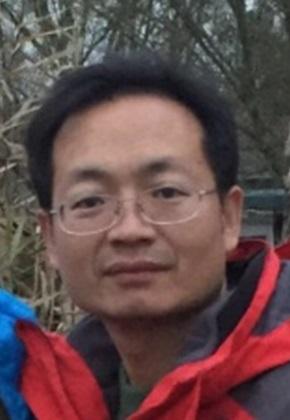 Abstract: Visual edge computing become one of hottest topics in the field of artificial intelligence. Prof. Baochang Zhang will introduce their works including handcrafted models to deep models, especially focusing on binarized neural networks and neural architecture search. His HGPP and LDP methods are highly cited by more 1700 google citations. He provides the first attempt to consider the hidden relationship among variables in gradient descent, and introduce cogradient descent method to train neural networks more efficiently. Dr. zhang had achieved 3 International competition awards on ICPR2020 and ECCV2020 on object detection and classification.


Biography: Prof. Baochang Zhang received the B.S., M.S., and Ph.D. degrees in Computer Science from Harbin Institute of Technology, Harbin, China, in 1999, 2001, and 2006, respectively. From 2006 to 2008, Prof. Zhang was a research fellow with the Chinese University of Hong Kong, PolyU in Hong Kong, and Griffith University, Brisban, Australia. From 2014 to 2015, he was a senior Postdoc at the Italian Institute of Technology, Italy. In 2008 Prof. Zhang joined the faculty of Beihang University, Beijing, China as a lecturer. He was promoted to an Associate Professor in 2011, to a Tenured Associate Professor (only 4 from 78 applicants in the school) in 2018, and Full Professor in 2020. He was selected as a distinguished researcher of Beihang Hangzhou Institute in Zhejiang Province in 2018 and chosen as Academic Advisor of Institute of Deep Learning, Baidu Research in 2019. He was supported by the Program for New Century Excellent Talents in University of Ministry of Education of China 2013, and Shenzhen Peacock Plan 2017. He is a chief scientist of Shenzhen Academy of Aerospace Technology, Shenzhen, China. He was in charge of the joint project development between industry and academia.

Prof. Zhang’s algorithms are widely used in the industry. The Shenzhen HAISI Company has used his deep model compression algorithm. He independently designed a near-infrared device, which was used to collect the PolyU near-infrared face database. The Boyan-digital Company has adopted his H.264 video decoder and video surveillance algorithms. HGPP and LDP were the state-of-the-art feature descriptors, published in IEEE Transactions on Image Processing in 2007 and 2010. As reflected in Google Scholar, HGPP (980 citations) and LDP (680 citations) are “Test-of-Time” works. His group developed the 1-bit PCNNs, which achieved the best performance on ImageNet.

He is an Associate Editor of SCI journals IJARS and Sensors. He was a member of the program committees of the CVPR and ICCV conferences. He has four papers selected as best papers in the CCBR, HFR, ICNS conferences. He was a Guest editor of Signal, Image and Video Processing, IET computer vision, and Mathematical Problems in Engineering. His current research interests include deep model compression, machine learning, computer vision, SLAM, signal processing, UAV based object detection and tracking, and video analysis. His publications have been cited over 5600 times. Baidu Inc gave him an academic advisor position, and while collaborating, his group achieved first place on the ECCV 1st Tiny Object Detection Challenge.