Abstract: The authors have developed a CNN&SVM design and training tool for defect detection of resin molded articles, and the usefulness and validity have been proved through several design, training and evaluation experiment of CNNs and SVMs [1]. The tool further enables to easily design powerful CNN models based on transfer learning concept, so that a pick and place robot with a visual feedback controller and transfer learning-based CNN models is introduced [2]. The visual feedback controller enabled to omit the complicated calibration between image and robot coordinate systems, also the transfer learning-based CNNs allowed the robot to estimate the orientation of target objects.
In this paper, a CNN acquired by transfer learning of AlexNet, which was already trained using about 1.2 million images of 1000 categories in ImageNet database, is introduced to recognize the orientations of objects. The original AlexNet is able to classify input images into one of 1,000 kinds of objects, while the transferred CNN is able to recognize the orientation of an object in images with the resolution of 15 degrees. Then, a pixel-based visual feedback control is designed and implemented into an articulated robot so that the gripper of the pick and place robot can automatically move to the position nearly just above a target object. Furthermore, a sliding rail is considered to allow the articulated robot to move around in wider working range. The visual feedback controller was extended to utilize the sliding rail. The usefulness and validity of the robot system using the sliding rail is confirmed through pick and place experiments of randomly put objects on a table. 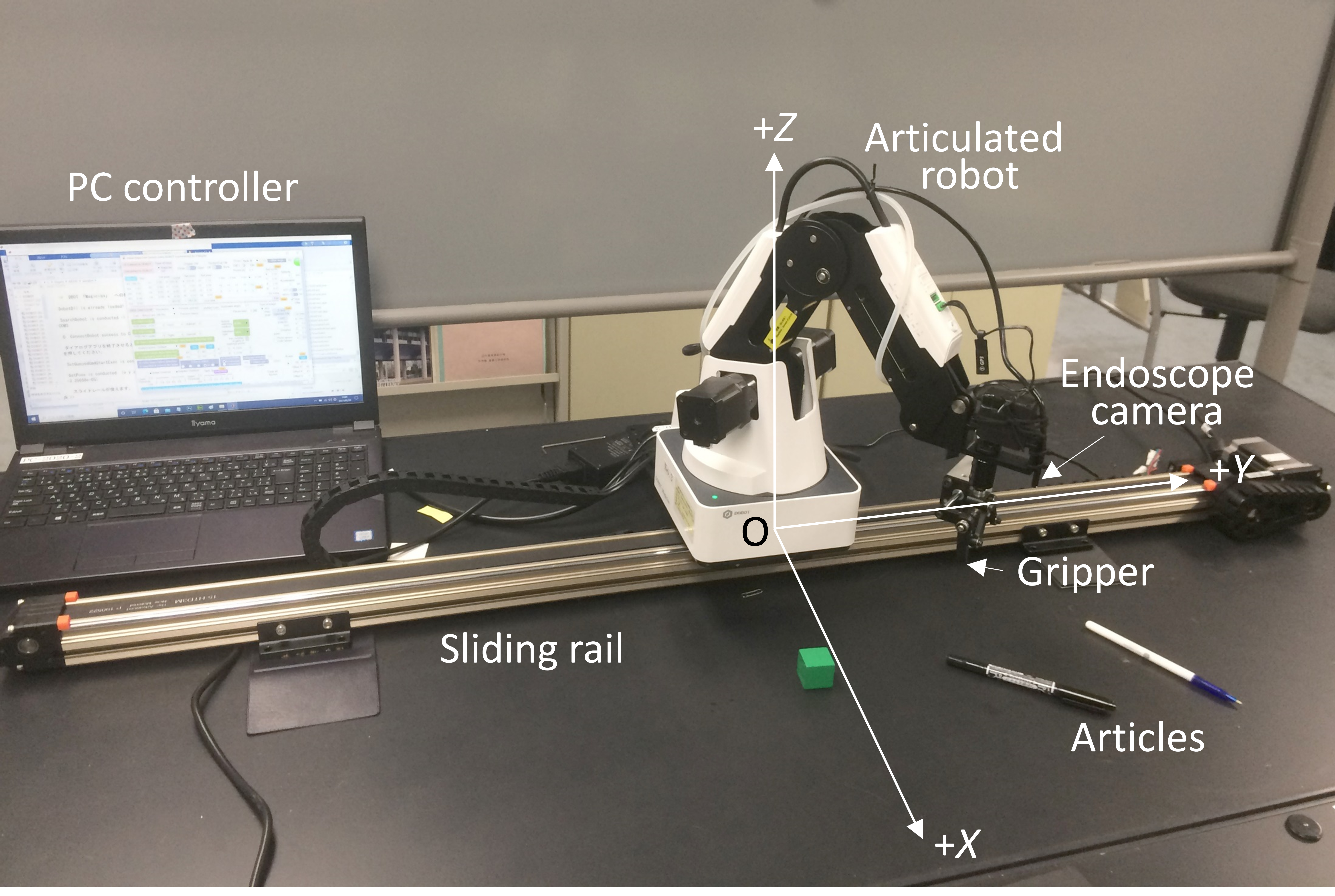 
Biography: Fusaomi Nagata received the B.E. degree from the Department of Electronic Engineering at Kyushu Institute of Technology in 1985, and the D.E. degree from the Faculty of Engineering Systems and Technology at Saga University in 1999. He was a research engineer with Kyushu Matsushita Electric Co. from 1985 to 1988, and a special researcher with Fukuoka Industrial Technology Centre from 1988 to 2006. He is currently a professor at the Department of Mechanical Engineering, Faculty of Engineering, Tokyo University of Science, Yamaguchi, Japan and also a Dean of the Faculty of Engineering. His research interests include deep convolutional neural networks for visual inspection of resin molded articles, intelligent control for industrial robots and its application to machining process, e.g., robot sander, mold polishing robot, desktop NC machine tool with compliance control capability, machining robot with robotic CAM system, and 3D printer-like data interface for a machining robot have been developed for wood material, aluminum PET bottle mold, LED lens mold, foamed polystyrene, and so on.